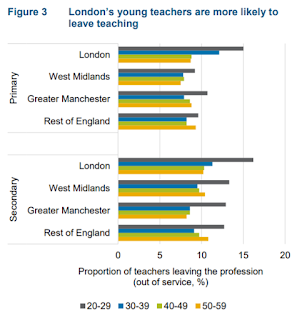 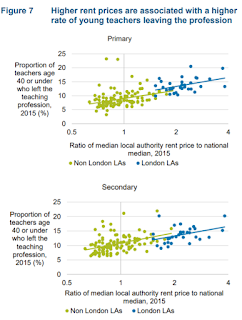 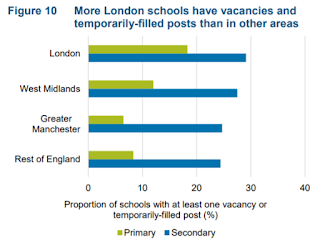 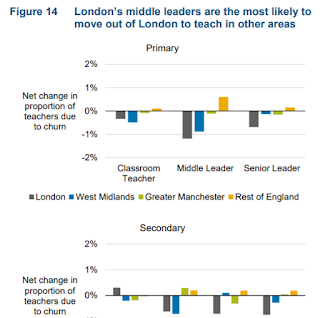 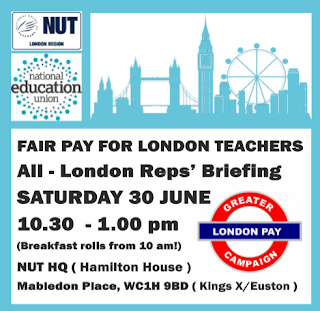 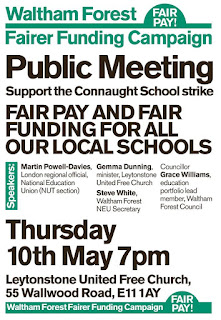 Every parent, every member of staff already knows that Government cuts are damaging our schools.

Why? Because the Review Body that sets teachers' pay rates says it can’t afford to recommend pay rises that schools say they can’t afford – which is why teachers’ pay has fallen by over 15% in real terms since 2010.

Some parents might say, well that’s hard on teachers but if money’s short, I want it spending on my children, not on teachers’ pay? That would be making a big mistake. Not only would they be falling for the Government’s ‘race-to-the-bottom’ agenda, instead of sticking together against cuts, it will be their children that will lose out too – because failing to pay staff properly is creating a recruitment and retention crisis that means schools will be without staff to support their children.


Don’t take my word for it – the Review Body concluded last year that “Our analysis of the evidence for the current pay round shows that the trends in recruitment and retention evident last year have continued – teacher retention rates continued to fall and targets for recruitment continue to be missed. We are deeply concerned about the cumulative effect of these trends on teacher supply. We consider that this presents a substantial risk to the functioning of an effective education system".

In short, it is in everyone’s interests to pay teachers and school staff properly.

If that’s true nationally, it's even more significant in an Outer London borough like Waltham Forest.

The employers’ organisation, NEOST, has said that a number of London boroughs have been reporting turnover rates of staff at being as high as 25% a year!

The DfE’s own figures show that the Region with the highest number of schools reporting vacancies and temporarily filled posts is Outer London.

Is it any surprise? Londoners face higher living costs than anywhere else – for childcare and transport but, above all, for housing.

Most teachers now have to rent property as they have so little chance of getting on the housing ladder. Yet the latest April 2018 figures show rents for a 1-bed flat in Waltham Forest are between £950 and 1100 pcm, for a 3-bed property between £1500 and £1700.

Average rental values in England outside London are £761, in London they stand at £1588 – over twice as much. Do London teachers get paid twice as much – not at all!

Does £3,821 make up for the extra costs of living and working in London? – certainly not.

There used to be London Allowances awarded on a clear analysis of additional costs carried out by the Pay Board. However, the Tory Government got rid of it when Norman Tebbit was Employment Secretary in 1982.
Recent research by Donald Hirsch for the Trust for London and Loughborough University has tried to reproduce what an average "minimum London Weighting" would be now. Hirsch estimates it would be around £7,700 for Inner London and £6,200 for Outer London.

Apart from those older teachers on the Inner London Upper Pay Scale, most teachers receive far less additional pay than required to meet that added cost of living. No wonder many are looking to leave.


Things are even worse for a Waltham Forest teacher – why? Because some Outer London boroughs count as Inner London when it comes to teachers’ pay.

If you’re a Waltham Forest teacher struggling with your bills, then you could go to teach In Ealing, Newham, Brent, Barking & Dagenham, Haringey or Merton – and you’ll be paid on the Inner London scales – if you’re a UPS teacher, you’ll be over £4,000 a year better paid!

Small wonder some Waltham Forest schools are already advertising posts as being paid on equivalent to Inner London Pay.

We of course understand that, to pay at inner London rates, schools need to be funded like other boroughs where Inner London pay rates apply. In fact, even better, we want to see all London boroughs being funded to pay a cross-London weighting that reflects the greater costs of living right across the capital.

However, where we know schools already have a budget that could at least help address some of that shortfall – e.g at Connaught School – they should already be taking steps to support their staff. When Governors have identified a budget of £40,000 that could be used to pay additional salary– but there is an obstinate refusal to do so - that helps nobody. I would appeal to everyone to call on the employer and the Council to make a salary offer that can settle the dispute.

Instead of being in dispute, we’d like to be working together to win funds that Waltham Forest schools need – for resources, for staffing – and for pay.

As part of that campaign, we will consider strike action, After all, some of us who have been in London for a while know it was NUT strike action in 1990s, at another time when teachers shortages were growing, that helped bring significant increases in London pay rates.

It is in all our interests, parents, staff, and councillors, to mount a joint campaign. We welcome the fact that, arising out of the Connaught dispute, Waltham Forest Council have suggested a ‘task force’ to look at the ‘challenges around recruitment and retention’. However, we need the Council to be clear and recognise that this means, above all, pay. 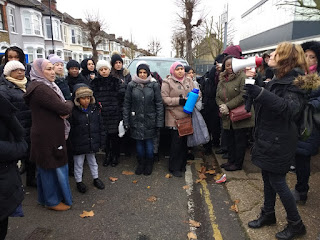 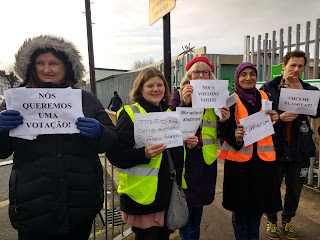