London's educational success is being put at risk by teacher shortages

Everyone agrees that, over the last two decades, London schools have been an educational success story - but that success is now being put at risk by teacher shortages and funding cuts. Above all, it will be London's young people who will lose out unless the Government acts to fully fund schools.

At the end of last term, the School Teachers' Review Body (STRB) produced its 27th annual report . The evidence within it makes crystal clear that salaries that fail to match the high cost of living in London are leading to a growing crisis in teacher recruitment and retention.

NEOST, the National Employers’ Organisation, reported that every London local authority giving evidence for their STRB submission reported difficulties with teacher recruitment and retention and blamed the high cost of living, particularly housing, for driving teachers out of the area.

The STRB report itself confirmed that London has the highest numbers of schools reporting classroom teacher vacancies or temporarily-filled posts. That is a direct consequence of the fact that the STRB also reports that classroom teachers’ median earnings trail the estimated median earnings of other professionals in London by a significant margin (over £7,000 in Inner London).

The STRB complains that, in its previous 2016 report "we said that, based on our assessment of recruitment and retention alone, there was a case for a higher than 1% uplift to the national pay framework ... Our analysis of the evidence for the current pay round shows that the trends in recruitment and retention evident last year have continued – teacher retention rates continued to fall, particularly for those in the early stages of their career, and targets for ITT recruitment continue to be missed. We are deeply concerned about the cumulative effect of these trends on teacher supply. We consider that this presents a substantial risk to the functioning of an effective education system".

Yet, despite this damning indictment of Government policy, the STRB went on to recommend an annual pay award to most teachers of .... another 1%! (although they did recommend a 2% increase for the bottom and top of the Main Pay Range - an increase which all teacher unions agree should at least be applied to all teachers on that scale).

The STRB blame 'restricted school budgets' for going any further - but that is just accepting that school funding cuts have to be swallowed, along with the damage they are doing to education through teacher shortages, rising class sizes and job cuts. Why should we accept the unacceptable?

To make matters worse, there is a real risk that, when the Government finally soon confirms its decisions on a new school funding formula, London schools will be particularly badly hit.

The capital's educational success is in real danger. Londoners need to keep up the campaign to defend it.

Should you be getting furious about 'furious cycling' ? 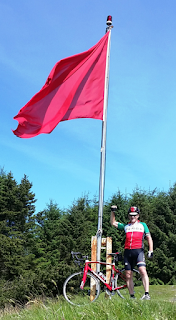 As I cycled back from work tonight along the South Circular Road, I decided I should post some thoughts about some of the 'anti-cyclist' prejudice that seems to have been whipped up as a consequence of the conviction of Charlie Alliston.

Let me say at the outset, that I am certainly not automatically jumping to the defence of the convicted cyclist. There can only be heartfelt sympathy for Kim Briggs' husband and family who have suffered such a sudden and tragic loss.

The trial and verdict have also been hotly debated amongst regular cyclists like myself. We all know that, just like car drivers, there are people who drive badly and that they can give other drivers a bad name. However, we also know that, when you crash on two wheels rather than four (as I have just witnessed this evening with a motorbike in Sydenham), it is the bike rider who is likely to come off far worst. That includes crashes with pedestrians, as my brother-in-law can vouch for when he ended up hospitalised when someone stepped off the pavement into his path as he was riding (slowly) past.

Regrettably, the consequence of some of the 'anti-cyclist' press coverage could all too easily be even more dangerous 'anti-cyclist' behaviour by those car drivers who already give cyclists a hard time - and put our health and safety at risk.

The reason why a 'healthy' majority of cyclists ride with plenty of care and attention is that we know from experience that if a car - or indeed a pedestrian - collides with us, then we're likely to be the ones who end up with, at best, a graze and a buckled wheel, but too often with both bones and bike broken.

The fatal injuries sustained by Kim Briggs were just one of the many deaths and serious injuries that have resulted from cycling accidents. RoSPA reported 100 cyclists dying in 2015 alone, many at roundabouts and road junctions when either the car or cyclist 'failed to look properly'.

Commuting on a bike in London is certainly not just physical exercise but also an exercise in constant concentration - looking out for the driver who is about to turn in front of you without indicating, the pedestrian about to walk off the kerb, the erratic driving of those texting in the traffic or even under the influence of one substance or another (you can smell the smoke as you cycle past the open window) ...

Of course, nobody but Charlie Alliston knows exactly what the circumstances were when he collided with Kim Briggs. He certainly didn't do himself any favours through the insensitive comments he posted after the crash. However, many cyclists have questioned the attempts by the prosecution to demonise him and the debatable 'expert witness' claims about stopping distances.

Alliston should certainly have had a front-brake fitted but, without knowing more about how much time he had to react, it's hard to know whether or not that brake would have actually avoided the collision. Unfortunately, press reporting of trials rarely gives a balanced account (as the Jobstown defendants discovered in Ireland!) and so we will have to trust that the jury who heard the whole evidence reached the right conclusion, rejecting the manslaughter charge.

Certainly, some cyclists have complained that there appeared to be double-standards at work, asking whether a car-driver would have been prosecuted if a pedestrian had walked out in front of a car without looking (if that was in fact the case with Kim Briggs).  On the other hand, and I may be being unfair to 'fixie' riders, I do wonder whether the real issue here was whether Alliston (without being able to change down to a lower gear) was too concerned about maintaining his speed and not enough about slowing down, until it was too late (*see update below).

Having said that, it's important to stress that riding at a good speed does not imply riding dangerously. In fact, statistics suggest that slower riders are often the most vulnerable because "faster cyclists may be treated with more respect by drivers and subjected to fewer overtaking manoeuvres". So when cyclists ride fast enough to keep up with the traffic, and go to the front of traffic queues so that cars can't then turn left across their path, they are riding safely, not dangerously.

Rather than allowing the press to whip up division between pedestrians, cyclists and car drivers, we should be united together in demanding the urgent investment that is needed - particularly in London - to provide a safe, affordable, efficient and sustainable public transport system that allows everyone to get where they need to without the stress, danger and expense that our crumbling rail and road networks guarantee every commuter at present. That needs to include investment in cycling infrastructure to provide for the increasing numbers of commuting cyclists who rightly see it as a healthy, cheaper and non-polluting way of getting to work, but want to make sure that it is also a safe way of doing so as well.

Update - 25 August
Having posted links to this blog in a couple of places and looked elsewhere on social media, it's been interesting to see the range of opinions  - although the fact that the press are succeeding in dividing people on the issue has also been evident. I can't update with all those comments but here's three points of view that I want to add:

1) From another Penge CC member
I was wary about saying anything too definitive about riding fixies and track bikes in London as I cannot speak from personal experience (there's been enough of that in the press already) but this informed comment from another London rider gives an opinion on Alliston's actions that many other cycling commuters would share:
"I have the same track bike as the one involved in the crash. A fixed gear drivetrain is absolutely no substitute for a brake. I have no idea what gear he had fitted, and it is easier to slow the bike down when you have an easier gear, but 18mph is not a cautious speed in the context of having no brakes in an urban area. People involved in an accident riding an unroadworthy bike should expect to be prosecuted".

2) From a Socialist Party member
A number of people have commented about how the aggressive and unthinking behaviour of a minority of road users is part of a wider alienation in a society that functions by dividing people against each other:
"We should be discussing how the pressures of this cut-throat business model which pits workers against each other to compete for jobs breeds and encourages precisely the kind of ignorant, anti-social, alienated and alienating attitude towards other workers and road users manifested in the obnoxious behaviour displayed by Alliston. The main culprit is not 'drivers', 'pedestrians' or 'cyclists' but capitalism which fails to invest in safe road infrastructure and public transport with the result that all of us are taking unnecessary risks every time we venture onto the highway".

3) From West Midlands Traffic Police
This might seem like an unusual source for me to draw on, but perhaps their sense of humour reflects the fact that these are presumably people who sometimes have to literally pick up the pieces after a road accident. The key to me is the hashtag in the tweet: #infrastructure. That's where all the anger washing around this discussion needs to be directed - to win investment in the decent cycling infrastructure and reliable cheap public transport that would really address road safety and help protect all of us trying to get around London on roads that just can't cope with the volume of road-users.