It's Only Teacher Wasteland

At the same time as Justine Greening was trying to grab cheap headlines (but little backing) for her plans for selection and the expansion of grammar schools, the Department for Education were releasing shocking statistics, data which again exposed the real issues which politicians should be talking about if they really cared for children's education.

The data came from the DfE's annual 'Local analysis of teacher workforce', now updated with the latest 2015 statistics on a range of different factors. Above all, the research confirms the ever-rising numbers of teachers leaving the teaching profession (or, to use the DfE's chosen, if blunt, description, the 'wastage' rates) . 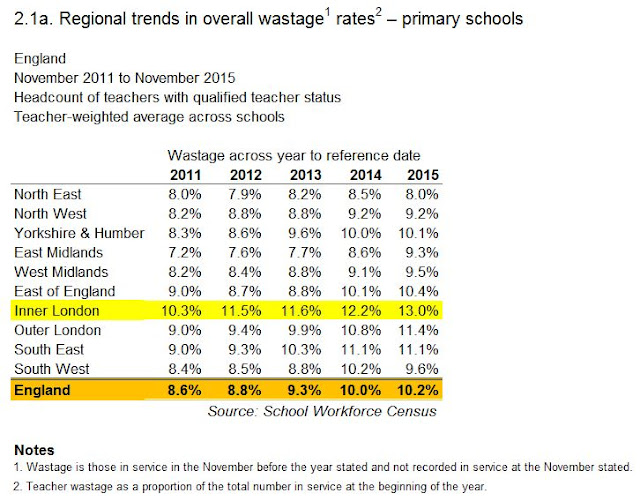 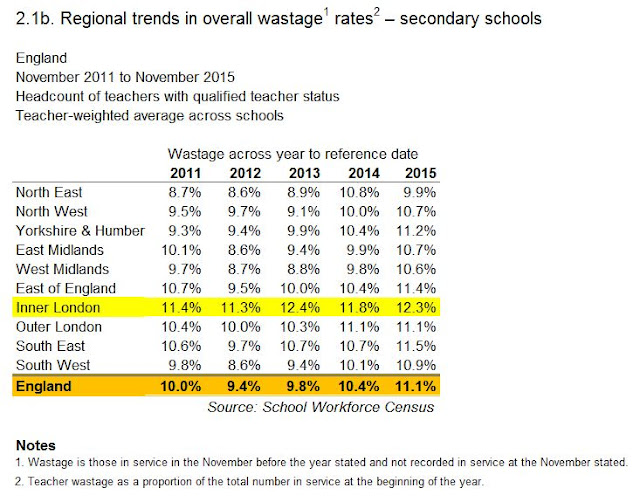 As the notes explain, the data shows the annual 'wastage' rate - the numbers of teachers no longer teaching anywhere within the state sector from one year to the next - as being over 1 in 10. In Inner London, it is as high as 1 in 8 teachers. This is a shocking waste of talented, trained teachers who have entered the profession to try and support young people, yet feel that they cannot stay in the profession any longer.

It's also clear from the DfE data that the overwhelming majority of this 'wastage' is now by teachers who have left teaching to look for other jobs, not those who have retired. This trend is clear from the figures: 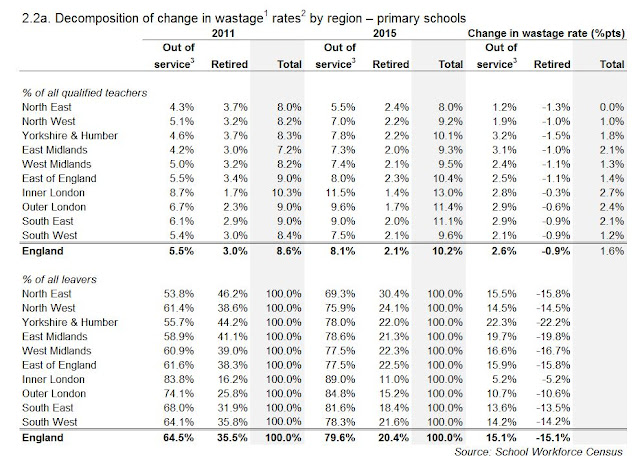 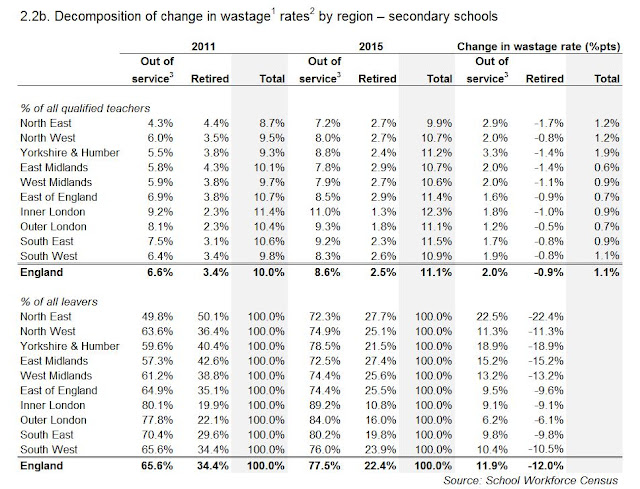 Some of the other revealing data is in the tables that have been produced giving the number of schools saying that they had at least one temporarily filled or vacant post on the November 2015 census day:

These figures give a lie to the official Government line that there is a negligible vacancy rate in our schools. The real facts are clear - nearly 1 in 4 secondary schools in England are carrying a post which they cannot fill permanently, rising to not far short of a third of secondaries in Outer London.

These statistics reveal the stark reality of the effect of years of demoralising, damaging Government attacks on teachers, not least the relentless workload which has never been addressed despite the various promises that have been made. Further funding cuts will only make matters worse.

Teacher wastage is damaging for schools and the individual teachers who feel unable to continue as state-school teachers. It is especially damaging for pupils who need a stable environment to support their development.

Instead of looking backwards at outdated selective models of education, the Government should be acting as a matter of urgency to prevent this continued haemorrhage from the teaching profession. 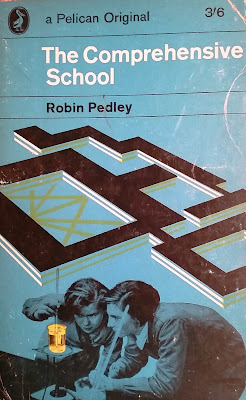 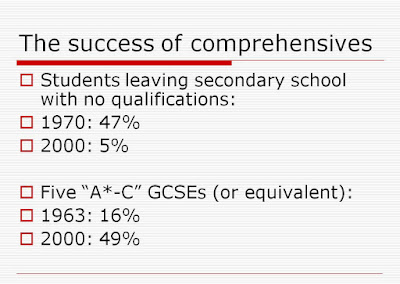 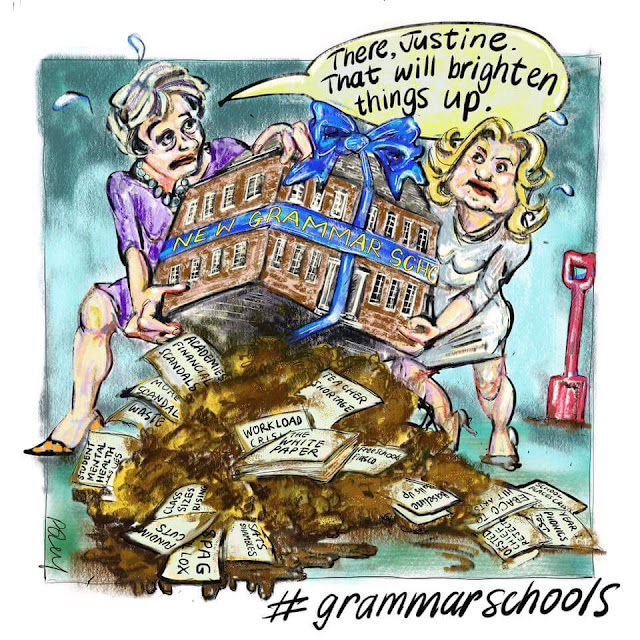