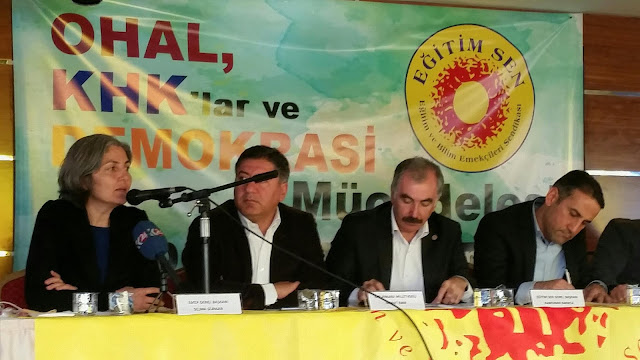 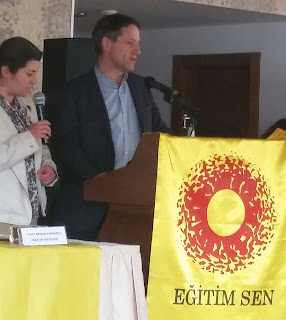 I will be reporting back to the National Union from my visit and to ask that we appeal for financial donations from across the NUT - and other TUC affiliates - to send to the EI so that they can be sent on to Egitim Sen for assistance as indicated above.
Let's build that real international solidarity !
Posted by Martin at 17:59