As the school year came to an end, official opinion was increasingly of the view that schools would be able to open fully again in September with only very limited safety measures in place. We were told that case numbers would continue to fall over the holidays and that, in any case, it seemed likely that schools and schoolchildren didn’t play much of a role in virus transmission. Those of us who warned this might be mistaken would have loved to have been proved wrong. Unfortunately, as each day passes, it seems official opinion has, sadly, been over-optimistic.

The controversy over quarantine on returning from European holidays has revealed the concern that remains across Europe about infection rates increasing once lockdown measures are relaxed. That’s also a pattern that’s revealing itself globally, notably in Israel, Australia and Japan. There are now also the first signs that case numbers are starting to rise again in the UK too. 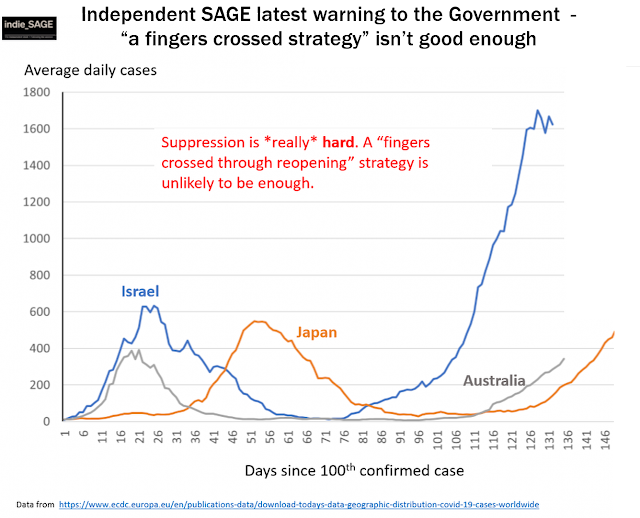 Yet, when SAGE, the official scientific advisory group to the UK Government, released its latest analysis about reopening schools on 24 July, in their view, “given the low risk of transmission between children”, there was no need to recommend facemask use and no suggestion that the previous limits on class sizes, to enable greater physical distancing, needed to be maintained.

A closer look at SAGE’s appendices, however, shows only a limited research basis on which to draw such a significant conclusion. They pointed to a Dutch contact tracing analysis that suggested most adults were infected by other adults, not children. However, other Dutch epidemiologists had already criticised their methodology. SAGE also pointed to a study of a school in a Paris suburb that a found no evidence of onward transmission from children. However, they failed to mention another study in the same area that concluded that high school children COULD transmit the virus.

Yet one of the contact tracing studies cited in ‘Annex A’  – but not referred to in SAGE’s full Report – should have already started to set doubts in SAGE’s minds (if, of course, these were objective minds and not ones trying to find evidence to back up the Government’s economic imperative to make sure schools were fully open to provide full-time child-care). This is an Israeli study from June 2020 taken across over 600 households that showed that, yes, children had a lower relative infectivity than adults but not at any significantly lower level – perhaps 85%.

In the last few weeks, the global research basis has been growing – and the evidence that children, and schools, contribute to viral transmission is growing rapidly. For example: 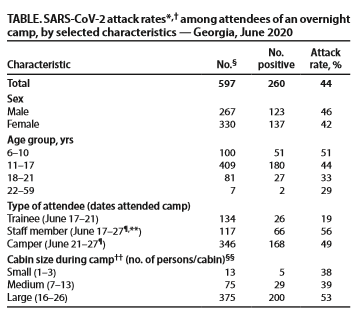 Of course, the science is still developing and research and reports are open to debate and review. But, the weight of evidence is now mounting up. Given the health risks of infection, surely advice should at least be based on the “precautionary principle” that minimises risks as much as possible? That’s exactly the approach recommended by the Harvard T.H. Chan School of Public Health in its advice on reopening schools in the US.

The advice from Harvard is in sharp contrast to the inadequate guidance issued by the DfE in the UK. They conclude that “It is reasonable and prudent to assume that COVID-19 transmission may occur between children and from children to adults in reopened US schools”. They recommend that students wear face masks and that staff wear masks for close work and face shields when at front of class. They also  make other recommendations that echo those of the NEU’s “5 tests” including the reduction of class sizes in order to maintain physical distancing, stressing the importance of diagnostic viral testing and official advice on closure, cleaning and contact tracing if there is a case in a school.

The Harvard advice also calls for authorities to “provide necessary supplies and support systems to continue remote education for students staying home” and to “advocate for high-risk students and staff to have access to effective remote learning or work”.

Of course the situation in the UK is not exactly identical to the US, but the risks from the virus are the same across the globe.

What all of this research confirms is that the DfE guidance – recommending that schools open with full classes, no effective physical distancing and no PPE – is looking increasingly reckless. Trade unions and parents must urgently demand that advice is withdrawn and replaced with a strategy that recognises – and properly mitigates against –  the real risks that schools could spread infection within school communities.