There was anger last week when the Government announced extra testing for schoolchildren but only in parts of London, Essex and Kent, rather than in every region. So you might think school staff would now be pleased to be hearing that the Government are thinking of delaying school opening by a week in the New Year to prepare schools for a roll-out of mass testing of staff and students? 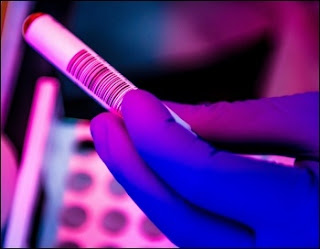 However, most staff have very mixed feelings about the Government's plans and their real intentions. Let me explain why:

First of all, there's disbelief in Greenwich and elsewhere that the DfE could jump from issuing legal threats to bully schools to stay open at the end of this term - to saying they might stay closed at the start of next term!

Secondly, the timing. Schools are about to close for Xmas and New Year - so we're expected to just change the plans for the first week back overnight?

Thirdly, any delay wouldn't be the DfE recognising the need for a post-Xmas 'circuit-break' but just to enforce their plans to make schools administer the tests on the cheap - just another job added to existing workload.

Fourthly, school staff aren't trained testers and pushing swabs up children's tender nostrils is not as simple as it sounds (as anyone who has self-administered a swab knows). Nor might it be safe.

Fifthly, the lateral flow tests are dubious in their accuracy, as the BMJ has explained in detail.

And last, but by no means least, the testing appears not to be added alongside existing isolation protocols but as a way of telling schools that staff and children would no longer need to isolate. Yet there's no proper research that's been provided on the risks that creates - and no certainty that it actually stops schools being centres of transmission.

At least, however, it would be an(other) effective admission that schools are NOT "Covid-safe" and shows why unions, such as the EiS members voting to support industrial action ballots  in Glasgow and West Dunbartonshire, are right to be trusting their own strength, rather than this Government, to provide genuine health and safety for staff and school communities.

UPDATE: See further advice over the dangers of giving consent to LFT tests instead of self-isolation here.