Why Martin for DGS?

I am standing to be NEU Deputy General Secretary because our Union needs clear and determined leadership if we are going to withstand the serious challenges ahead of us.

More than any other DGS candidate, I believe that I have the  skills, experience, and campaigning record that can make us a stronger team.

Here's a video that gives just a flavour of the campaigns I have been involved in over many years:

If you'd like to listen to a longer interview, here's one I gave for a recent podcast for 'Lay Led Unions': 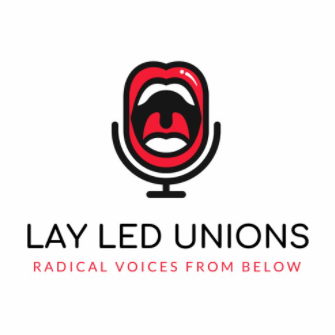 In order to 'declutter' my DGS campaign website, some of its extensive content needed to be removed but, to show that I have remained consistent, I've pasted below the text that I posted when we first launched the site in January. I think it still holds true now, as we prepare for the members' ballot in October that will decide who is the first ever elected DGS of the NEU:

Years of funding cuts, pressure from Ofsted/Estyn and ‘exam factory’ conditions have already taken their toll. Now teachers and support staff face further attacks from a Government hoping to make us pay for their failures.

As DGS, I will work to build a Union that has the confidence, strength and organisation to defend the pay, jobs, safety and working conditions of education staff and, in doing so, defends education as whole.

Use union strength to defend staff and community safety.

Throughout the pandemic, I have consistently provided analysis explaining why we need to use our collective strength to defend safety.

The successful use of Section 44 in January showed what could be done when a clear national lead is given, giving confidence to members to act together. I will be a DGS that calls and organises for that collective approach to be followed in future too.

Where do the main differences lie in this election?

Every candidate will propose changes that could improve our conditions, and pupils’ learning conditions. But the key question is, how can they be won?

The NEU has not been slow to make demands. Our problem has been that they have too often been ignored by employers and Ministers:

• Our ‘5 tests’ for Covid Safety were not met - putting our health and safety at risk.

• For years, we’ve complained about unreasonable workload - but it keeps getting worse.

• Now we face a ‘pay freeze’ - are our demands for improved salaries going to be ignored too?

We need a clear national strategy. My ten campaign points set out what we need to organise and win.

Many are concerned that the Union is becoming too ‘top-down’ in its decision-making. I’ll be a DGS that says we must be “a lay-led Union” in practice, not just on paper.

I will strengthen our efforts to have trained, confident reps in every workplace, but I also know that reps need well-supported Districts to back them up. We need to better defend NEU Reps and Local Officers and their rights to facility time.

I will be a DGS that works to bring our union together in our workplace groups, Districts and Branches – alongside NEU staff  – with a belief that we can, and must, succeed in winning our demands.

As a member of the NUT National Executive from 2010-15 and then as a successful NEU London Regional Secretary from 2016-19, I have worked within the Union at its highest levels.

I also have long experience of working at a local and workplace level too.

As Lewisham NUT Secretary for over 20 years,  I doubled local membership and supported hundreds of colleagues. I have organised many successful campaigns, opposing cuts and academisation, defending pay, jobs and workload, challenging racism.

I am still a teacher and local NEU officer today, now in the North-West, experiencing the pressures on members at first hand. I am regularly invited to put our case across to the press and media.

The clear, determined leadership we need.

In short, my record shows that I can be a DGS that you can rely on to provide clear leadership.

I will listen and consult, keeping up a dialogue with Reps and Local Officers.

I will be a DGS that proudly builds our Union, that works as a full part of the NEU leadership team – as I did as Regional Secretary – but I will also be a DGS of independent mind, ready to question decisions and speak out when necessary.

Email ThisBlogThis!Share to TwitterShare to FacebookShare to Pinterest
Labels: Martin4DGS