Osborne threatens to get tough with our pay 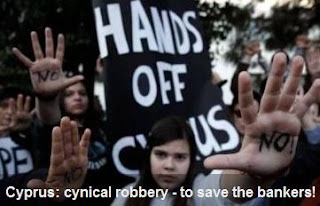 In Cyprus, the 'Troika' are trying to blatantly steal from workers’ bank accounts. Today’s Budget shows that, in Britain, we are being robbed too.

Instead of raiding our savings directly, Osborne wants to cut public sector pay so that they’ll be precious little left at the end of the month to save !

Real-terms pay-cuts and rising pension costs have already cut teachers’ incomes by 12% since 2010. Those cuts will continue with Osborne now extending the 1% public sector pay cap until at least 2015-16.

Budget cuts as a weapon to enforce PRP

But the news for teachers is far worse than that. Osborne made clear he was talking about an “average of up to 1 per cent” in pay awards – so not even 1% for everyone. Worse still, according to the FT blog, “the Treasury has advised departments that any progression pay in 2013-14 must be included in the 1 per cent pay rise cap for that year” ... and Osborne confirmed in his Budget speech that “We will also seek substantial savings from what is called progression pay” ... adding in his Tory tones “I know that is tough but it is fair”.

In other words, Osborne and Gove are going to use budget cuts as a financial weapon to enforce performance-related pay on schools.

There’s nothing ‘fair’ at all about such robbery. Ever since the 1920’s, teachers’ pay scales have been based on recognition that teachers’ pay builds up as staff gain experience and expertise in the classroom. Now they want to steal that away from us.

This is blatant robbery. It’s nothing to do with providing jobs or improving the economy as Osborne wants us to believe. Face facts, George, your cuts are destroying the economy.

The Office for Budget Responsibility has just slashed UK growth forecasts from 1.2% down to just 0.6% for  2013. 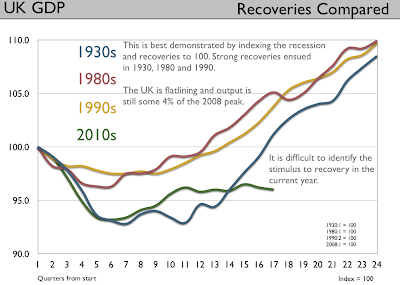 The truth is, however, as Paul Murphy, Socialist Party MEP said when he spoke at the same Conference, that austerity IS working – for the bankers, bosses and bondholders. For them, profits are rising. Osborne today handed them more cash by announcing a further cut in corporation tax – down to 20% by April 2015, an 8% cut since the Con-Dems came to power.

As Paul put it, “austerity is not designed to cure the crisis but to take advantage of the crisis .. it’s designed to transfer wealth to the international bondholders ... and to be used as a ‘shock doctrine’ for neo-liberal capitalism to win back past gains".

Gove wants to cut pay and pensions to drive down school budgets to prepare for even further school privatisation – where edu-businesses will be allowed to directly generate profits out of school budgets.

Yet, what do they do with these profits? While millions are unemployed, the capitalists hoard their wealth, with an estimated 750 billion euros in excess cash holdings lying idle in the bank accounts in Europe’s top companies. Those banks and businesses should be taken under democratic public ownership so that those resources can be invested to genuinely plan sustainable growth, jobs and services.

Today’s Budget will have further stoked the volcano of anger building under the surface. Events in Cyprus show that even neo-liberal politicians cannot always just ignore the pressure from below.

Osborne’s Budget makes clear that public sector workers are in the forefront of the Coalition’s attacks. Civil servants gave their answer immediately with the first of a series of national strikes called by the PCS. Now teaching unions need to take the same road. 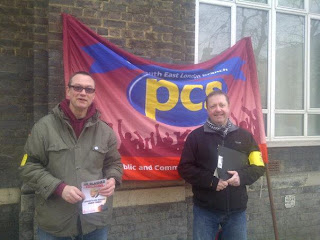 After the retreat over pensions, the plan of action announced by the NUT and NASUWT gives teachers a chance to start taking steps to defend their pay, pensions and conditions. But today’s announcements on pay progression are another sign that we need to act with more urgency.

In response to my NUT Executive Report asking for views on the proposed joint action programme, school reps have been making clear to me that, instead of starting our action with a regional strike, they believe it needs to be national strike action. I agree with them.

In response to today’s vicious announcements, a national strike could be added to the action programme on May 1st, along the lines of the proposals agreed by Lewisham NUT’s AGM. Alternatively, the proposed June strike could be turned from a regional to a national strike, to link up with the PCS as Mark Serwotka proposed at last week’s pre-Budget TUC rally: “On 26 June George Osborne will ... announce his comprehensive spending review which will confirm the butchery of public spending for the next three years. What a brilliant day that would be - that while he announces cuts in parliament - to see as many people as we can taking industrial action together, demonstrating together and protesting together.”

Today, Osborne made clear that he’s going to be ‘tough’ with our pay. If we are serious about stopping him, we need to be tough with our action.
Posted by Martin at 21:24