GMB join UNISON and NUT in action on July 10

The momentum for July 10 is really building with the news that both of the main school support staff unions will be taking strike action alongside their teaching colleagues in the NUT on July 10th*.

Following the earlier confirmation that UNISON members will be striking on the day, the GMB have now announced the positive results of their ballot too - and by a good margin of support:

"Members of the GMB union will join a day of action that could see more than one million workers on strike in total. 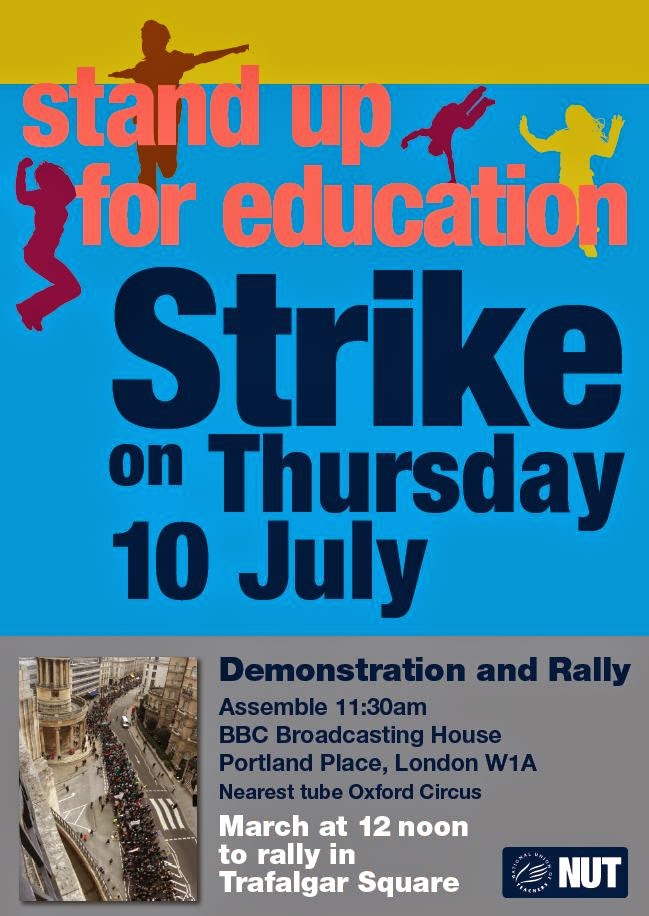 The GMB said council and school workers voted by three to one to walk out on 10 July over a pay offer worth 1% to most.

The date is significant because it has been earmarked as a general day of protest over government policy on cutting public sector costs and jobs.

Members of public service union Unison have already voted to strike over pay on the same day.

The National Union of Teachers has also voted to strike on 10 July, raising the prospect of disruption in schools across England and Wales.

The government is now facing a walkout by more than a million public sector workers next month, including council staff, school support workers, teachers and civil servants". 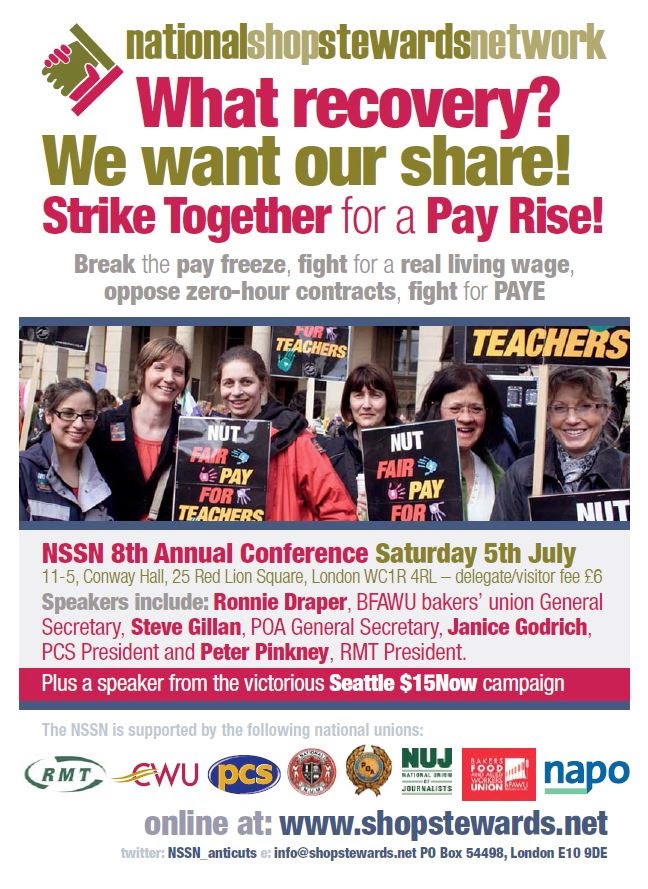 Plans for joint rallies and marches are being confirmed, with the London march finishing with a rally in Trafalgar Square.

Next weekend's eighth Annual Conference of the National Shop Stewards Network is also now well-timed to prepare for united action. As it says on the NSSN flyer, let's "strike together for a pay rise" - and to defend public services and the pay and conditions of those who provide those services.


This will also be a Conference where we can discuss how action can win victories. A representative from the victorious $15Now campaign that has lifted the minimum wage to $15 per hour in Seattle will address the meeting. Other speakers include the General Secretaries of the POA and BFAWU and the RMT and PCS National Presidents.