LANAC survey results - what demands and strategy do we fight for?

Over the last few weeks, NUT members have been voting in a consultative ballot over whether they are prepared to campaign and take further strike action up to the General Election. The results will be announced at the NUT National Executive meeting on Thursday.

However, LANAC felt that, to really engage with NUT members, we would need a much deeper debate about what our campaign still needs to achieve - and what strategy is needed if we are to do so.

LANAC is arguing that members are looking to their Union for clear demands, and a clear strategy to win. But what exactly should those demands and action calendar be? To get some feedback from school reps on these vital questions, LANAC publicised its own survey.

The sample wasn't large but included responses from a range of sectors and regions. The results really only open the debate, rather than offer firm conclusions, but I've drawn some initial views below.

First of all, on demands: 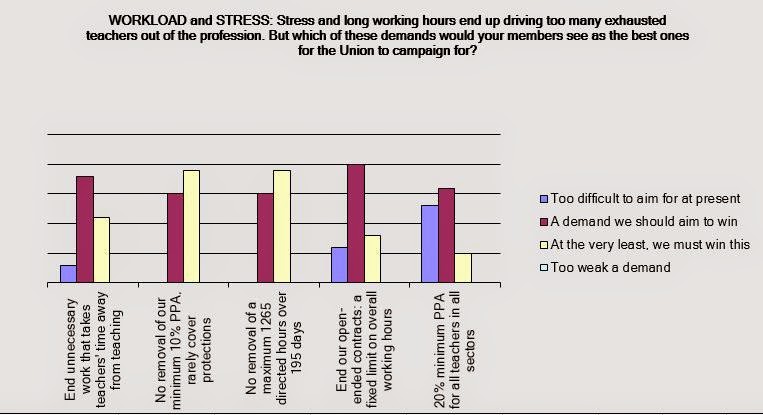 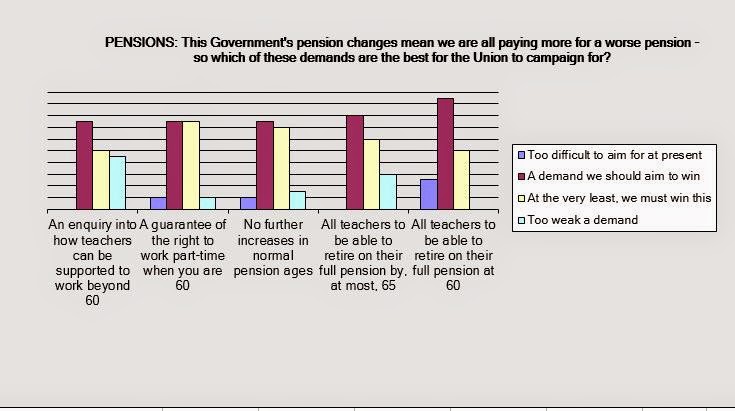 As you would expect, there's a range of opinions but I think the red columns are worth focusing on. These are the demands that reps felt we should 'aim to win' i.e. not too far ahead of what we might achieve, nor too little to aim for.

Looking at the most popular choices as ones we 'aim to win', then what about a campaign that demands?
But how are we going to achieve those demands? The last questions in the LANAC survey again reflected a range of views: 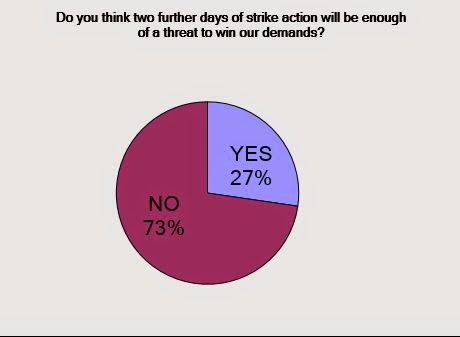 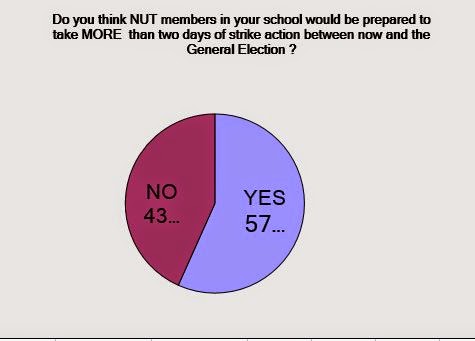 Most teachers recognise that the 'up to two days of strike action' (that the NUT's consultative ballot was seeking support for) will not be enough to win our demands. However, as things stand, only a small majority felt that, at this stage, their members would be prepared to take more action between now and the Election.

Those responses reflect the fact that the Union needs to go out and really convince NUT members that we are serious about winning, and have a strategy that is strong enough to do so. Many question whether just maintaining one-day 'protest' strikes is sufficient.

What would such a strategy look like? The last question showed that the most favoured calendar was an escalating series of strikes - certainly from one to two days - and then building further to a three-day strike. 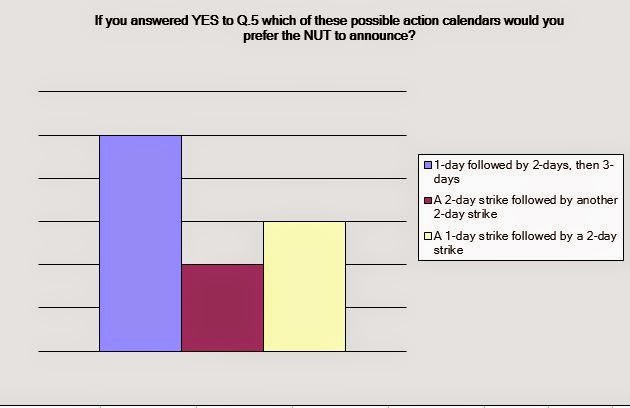