Taking a Warning to Norway - resist the GERM! 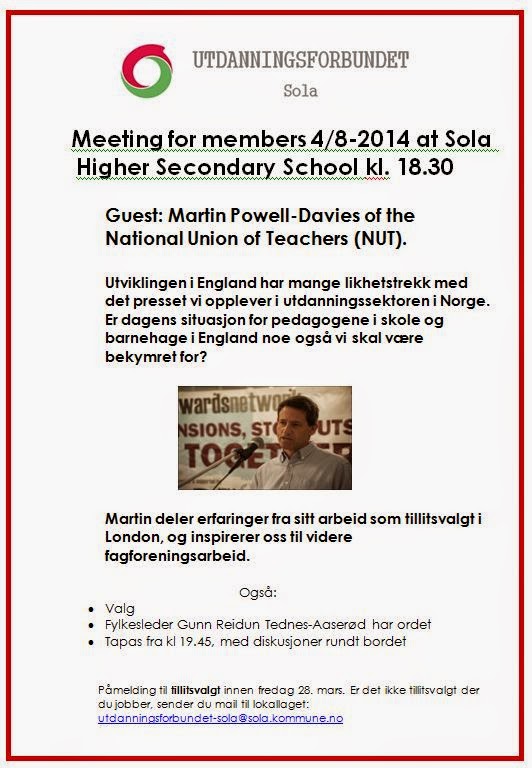 Next week, at the invitation of the Norwegian Teachers Union, Utdanningsforbundet in Sola, Stavanger, I am travelling to meet with colleagues that have visited the NUT in Lewisham over recent years.

When these Norwegian colleagues visited London previously, the attacks we have faced had seemed, to their relief, to be unthinkable in Norway. Their economy seemed to be still relatively protected from global crisis - and from the neoliberal attacks that go with it.

However, the world's financial press seems to be putting the pressure on Norway - as their coded language puts it - to stop being 'complacent'. After last year's attacks on collective bargaining in Denmark, Norwegian teachers fear they may face similar attacks.

My trip will be another opportunity to learn from each other's experiences - including about steps that resulted in a union merger in 2002, exchange views and build international solidarity.

The powerpoint that I have prepared can be downloaded from:
http://goo.gl/J8NMYj 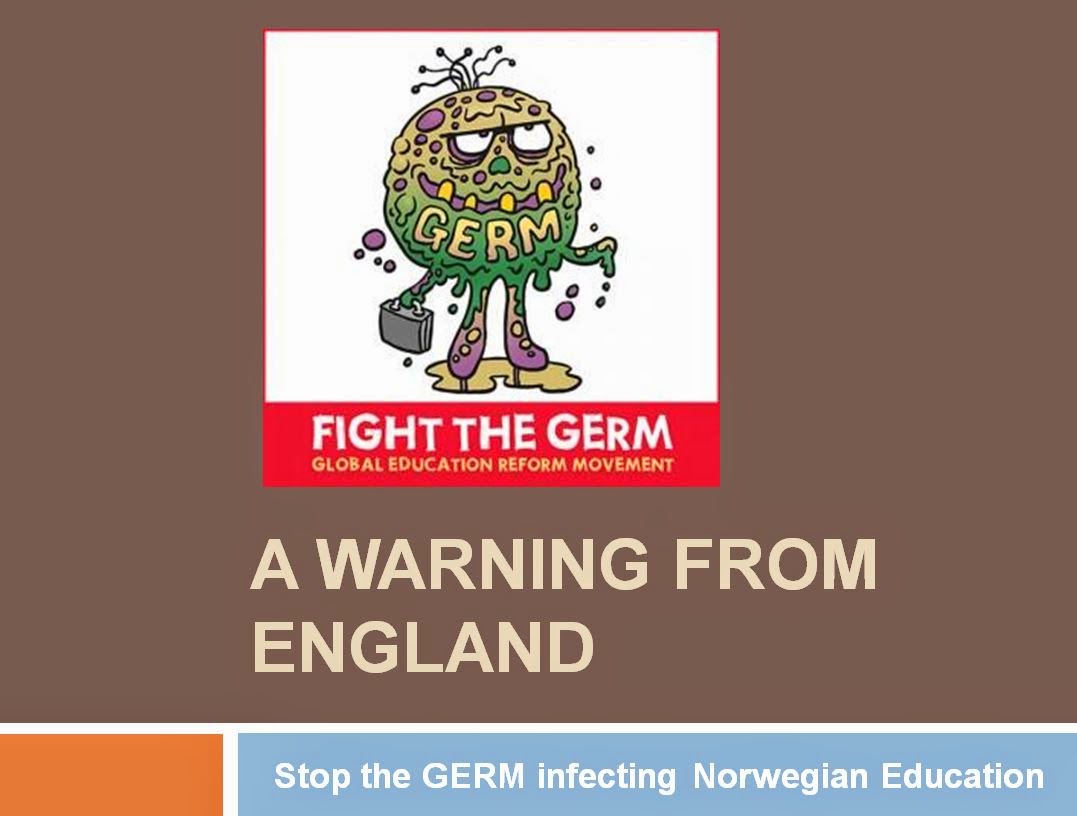 Update (Tuesday): My Norwegian hosts have arranged a packed itinerary including visits to union offices, schools, TV and press interviews as well as being both a guest speaker at their AGM tonight and at a teachers' rally in Stavanger tomorrow. My warning was well-received but also well understood - the demonstration tomorrow is in opposition to their national employers' threat to remove teachers' negotiating rights as a step towards attacking their working conditions. As I explained in an interview for the local television news, the lesson from England is that such a step will not only be an attack on teachers - above all, it will be an attack on childrens' education. Norwegian teachers must act to defend education and not allow the stress and demoralisation that has been inflicted on teachers in England to be repeated in Norway. 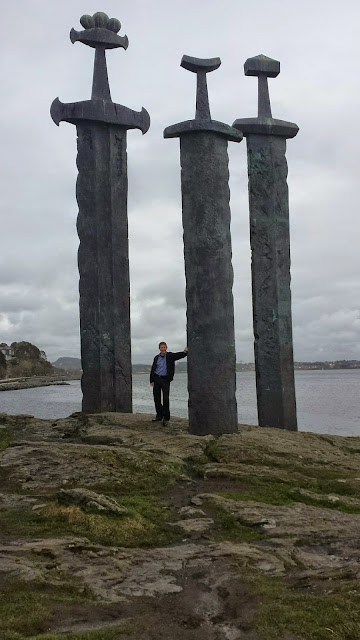