Over the last fortnight, Lewisham NUT members in five schools threatened with being turned into an Academy have been voting in an indicative ballot to judge the support for strike action to oppose any such change of employer. 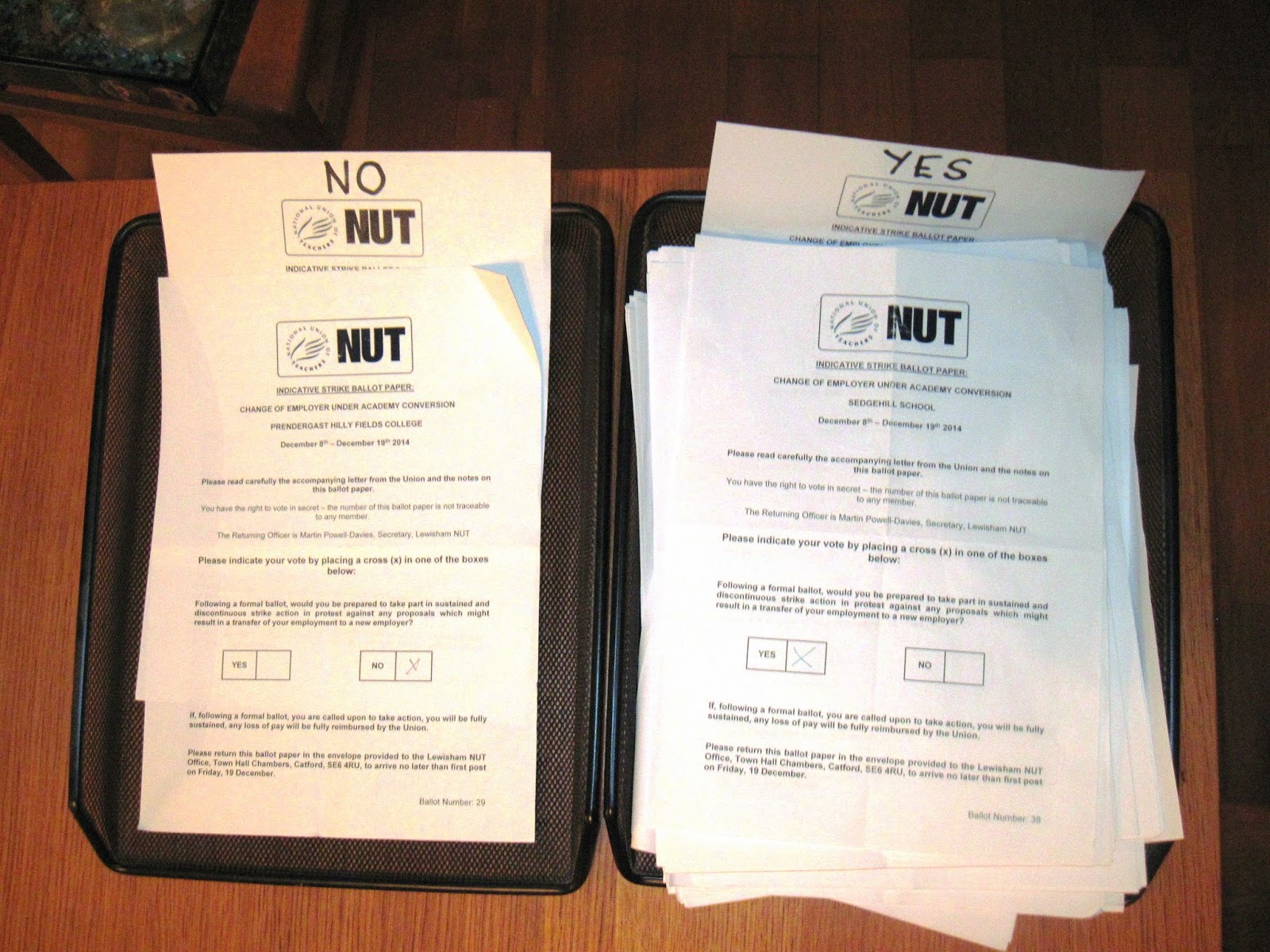 The results of the secret ballot show overwhelming backing for taking a program of 'discontinuous' strike action in each of the five schools:

As was explained in the covering letter sent to NUT members, "if the outcome of the ballot is successful and the dispute remains unresolved (i.e. we are not given a guarantee that the school will not be converting to an Academy), a formal ballot of members may then be necessary early in the New Year".

None of the schools have responded to the NUT with the assurances that we were seeking that there will not be a change of employer:
Given the clear danger of a rapid move to Academy status in some or all of these Lewisham schools - and the clear backing for strike action shown in all five ballots - then Lewisham NUT will be immediately requesting that the National Union proceeds to issue formal ballots for strike action as soon as possible in the New Year.

The NUT is liaising with other teaching and support staff unions with the aim of being prepared to take strike action which is not only co-ordinated if necessary across all five schools but also across school staff unions too.
Posted by Martin at 11:24