Act together to oppose unsafe numbers and rising workload

SCHOOL STAFF SHOULD TAKE CONFIDENCE from how our mass refusal to accept unsafe working conditions forced the Government into a much-needed U-turn after only one day of the new school term.

Only 24 hours earlier, Boris Johnson was claiming schools were safe. He was then forced to admit that schools act as "vectors for transmission" of the virus after all - something that we all knew months ago. The announcement of the cancellation of SATs, GCSE and 'A'-levels soon followed too.

We should learn important lessons from how we were able to succeed by acting together to assert our legal rights to a safe workplace through "Section 44". We achieved more in a few days than petitions and letter writing to Ministers had achieved in months.

The unions’ work is far from over 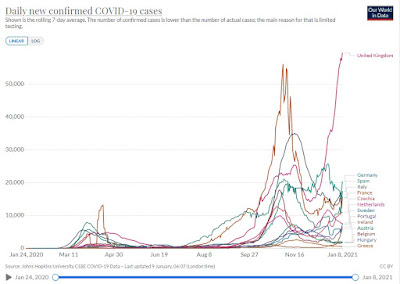 Any celebrations over the U-turn have sadly only been short-lived! It soon became clear that schools aren’t really ‘closed’ at all.

Everyone is working under highly stressful conditions.  Workload is rising. The threat of Ofsted monitoring is being raised again. Too many schools are making unreasonable expectations, particularly over online learning. Some have told staff they have to attend work every day, even though the lockdown regulations say that "everybody should work from home where possible".

Support staff have been under particular pressure. They should be included on rotas to support learning from home too.

Above all, too many classrooms remain dangerously full. The definition of 'critical workers' has been applied far too widely. Nursery classes have been told they must remain fully open. Special schools have also been under pressure to accept every pupil.

Keeping schools open to such high numbers has nothing to do with keeping children safe. Instead, it means packed classrooms will continue to spread the new variant.

It is putting more lives in danger and more pressure on an overwhelmed NHS. We have to insist that numbers in classrooms are cut back.

We recognise the pressure on our school communities. Children need more resources at home and parents/carers should be eligible for full pay when they have to stay at home to provide childcare. But we can't let government failures be used to browbeat us into accepting unsafe working conditions.

Look at the data. The UK situation is stark. Unless we remain firm, infections and deaths will continue to rise. That is of no help to anyone.

The NEU and other unions urgently need to agree a set of minimum conditions for school safety and take the action necessary to make sure that they are met.

UPDATE 15.01.21 - The NEU and three other education unions have released a new strengthened 'checklist for partial opening'. I have produced an A4 summary of the key points in the checklist: