That was just one of the slogans on the NUT members' placards outside Chestnut Grove School in Balham, Wandsworth, this morning. 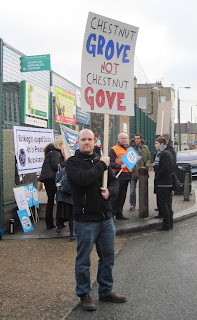 NUT members were taking strike action to show their opposition to the school becoming an Academy.


As one teacher told me, the pressure of workload at the school is already too great - as an Academy it would be even worse.


Students also showed their support for their teachers' campaign - they understod that Academies will damage education as well as threatening teachers' pay and conditions. 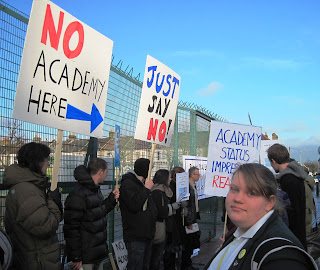 Governors are meeting tomorrow to vote on whether or not to become an Academy. Whatever they decide, today's action shows staff and governors in other schools that teachers are going to fight the Con-Dems' attempts to break-up comprehensive state education and teachers' national pay and conditions. 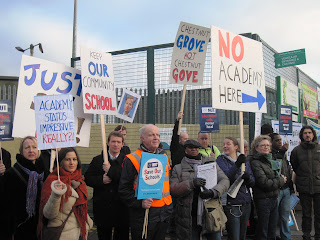