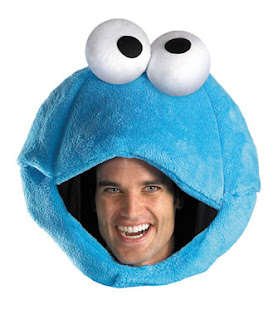 There was a spirited and confident mood at today's SERTUC Conference in TUC Congress House called to mobilise for the November 30 strike action. Contributions were made from right across the public sector - including the non-TUC affiliated NAHT ... read on for the cookie monster!

Francis Maude's suggestion of a '15 minute' strike was treated with the derision it deserved by many speakers. Yet it again reveals that Ministers are fearful of November 30 - and how a mass strike can lift the confidence and determination of trade unionists and the wider community to stand up against the cuts.

If any public sector workers have been taken in by Maude, we have to make clear that there is no pain-free way to persuading this government of millionaires to retreat. They are not going to offer anything significant in 'negotiations' unless they know they face the threat of continuing and escalating strike action. The best way to persuade them to back-down is to have the biggest and boldest turnout on November 30 that we can get.

So what about the Cookie Monster? That came from the rousing closing speech from Leo W Gerard, International President of the United Steel Workers of America, explaining why private sector workers mustn't be taken in by the media propaganda aiming to turn them against the N30 strikes. As Leo put it:

"There were 12 cookies on a plate. A banker came in the room and pocketed ten of them. 'Watch out' he says to the private sector worker - those public sector unions are trying to steal your cookie" !!

Let's make Maude choke on his coffee on November 30 - let's make it a day to remember, and a day that the Tories would prefer to forget!
Posted by Martin at 21:47