The video report can be found on: http://www.youtube.com/watch?v=09FjSr6GLO4

Introducing the first discussion, The Fightback against Austerity, Mark Serwotka, alongside NUT deputy general secretary Kevin Courtney, BMA member Dr Jackie Grunskill, and from Northern Ireland the newly elected NIPSA president Padraig Mulholland, emphasised the unprecedented nature of the attacks in this period, concluding that "normal rules of engagement do not apply".

Speakers from the floor gave valuable elaboration on recent workplace disputes, including on the construction workers victory against the BESNA threatened cuts of 35% MMP in Bootle, Coryton refinery, Honda, Ratcliffe-on-Soar and Sheffield recycling centres. 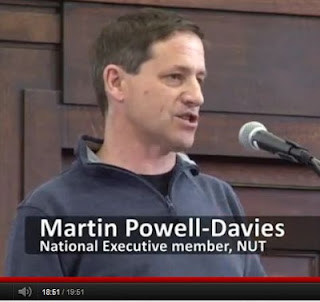 - and there's a few words from me towards the end of the video!