They’re not just coming for our PENSIONS … They want to bully us with CAPABILITY and OBSERVATIONS, PAY CUTS & WORKLOAD … 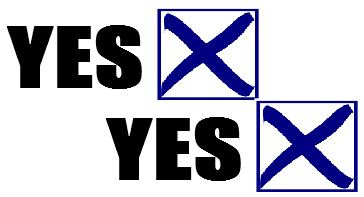 That pair of Michael’s - Gove and Wilshaw - seem to want to make an all-out effort to hound and demoralise teachers. They tell us we’ll have to work until we’re 68 - then ratchet up the pressure so that few of us feel we can even stay on until 60!

Sir Michael Wilshaw, Head of Ofsted, disgracefully declared in December that “if anyone says to you that ‘staff morale is at an all-time low’, you know that you are doing something right”.

Unfortunately, that approach sums up an attitude which is spreading far too quickly into our schools. Heads are bullied by an Ofsted regime pandering to Gove’s desire to label schools as failures so that they can be forced into Academies. Instead of exposing this agenda, too many school managers are just piling the pressure onto their staff, increasing workload, capability threats, demoralising teachers with harsh Ofsted-style observations. It’s a regime that’s bad for education - and it’s certainly bad for teachers.

It’s just not possible to oppose these pressures by individual casework. To defend teachers, we have to act together. That’s why the NUT is issuing a second national action ballot.

The first ballot on pensions - that allowed action on June 30, November 30 and, in London, on March 28 – remains in place. It will be used again to sanction more united strike action on pensions after the summer break. But we need another ballot so that we can also take action against all the other attacks we face too.

Ballot papers will be sent to home addresses from June 25. NUT members will asked two questions – one to support strike action and another to support ‘non-strike’ action. Please vote YES to both questions!

With the NUT and NASUWT making their joint declaration, a strong united campaign can be built. But members of both unions need to make sure that this potential strength is turned into firm united action on pay, workload and capability in our schools - and into united national action alongside both teaching and non-teaching unions to keep up - and escalate - our battle on pensions.
Posted by Martin at 20:43