March to defend education on October 20


Stop the onward march of academies and free schools 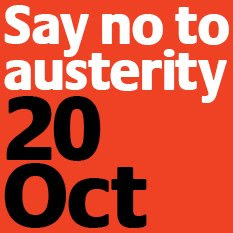 It’s rumoured that Michael Gove has ‘war charts’ on the walls of his office plotting the onward march of academy schools.

If true, then Gove must already feel able to label some parts of the country as ‘conquered territory’. Around half of state-funded secondary schools have now broken from their elected Local Authorities to become privatised Academies.

In areas like Bromley, Bexley, Swindon and Darlington, virtually all secondary schools are now academies. While far fewer primary schools have academised, their future will also be in doubt once a Local Authority decides it can’t afford to run education if it has lost most of its secondaries.

Some schools have chosen to become academies, bribed by dubious promises of better funding and the chance to use their semi-independent status to boost their position in the local pecking order of schools. Others have been forced out for failing to meet the harsh exam targets imposed by Gove. Yet there is no evidence that academies perform any better than community schools. Is that any surprise? Since when did privatisation improve public services?

Where some Academies have improved results, they have done so by using their control over admissions and exclusions to ‘improve’ their intake. Who will be left to look after the pupils with the greatest needs in Gove’s free-for-all education marketplace?

Of course, like in the NHS, privatisation helps those who help themselves. Academies are being mopped up by growing ‘chains’ of education businesses like ARK, Harris and AET. They can’t legally make a profit out of school budgets (yet!), but there are already plenty of lucrative contracts and management salaries to be secured.

While many academy chains have adopted national pay and conditions, some already impose longer working hours. But if Gove succeeds with his plans to atomise national conditions, many Academies will then feel free to do as they please.

Gove also wants to set up thousands of privatised ‘free schools’ too. The Tories’ vision is a future without elected councils running services like schools and housing. Unfortunately, too many Labour councils seem to be following the same path.

It’s going to be up to the trade union movement and local communities to defend education from cuts and privatisation. That will certainly need determined strike action but requires a political battle too - to elect local councillors that are prepared to fight for public services.
Posted by Martin at 13:41