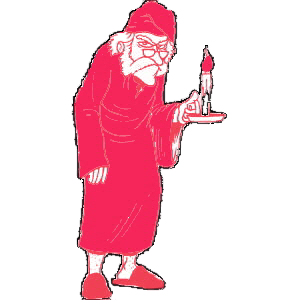 TEACHERS ARE STARTING TO LOOK FORWARD to the end of another tough term but, be warned,  these ConDems have a nasty set of “Christmas presents” ready for us.

The DfE has already announced the next hike in pensions contributions to be taken from our pay in April 2013. For the privilege of retiring older for less, they expect teachers to lose a further slice from their pay.

It was no secret that another rise was coming but the cut for teachers at the top of the pay spine is even worse than expected. A teacher on UPS3 in Inner London will see 10.1% of their salary taken out for pensions. That will be nearly £140 lost a month in pension increases  - with the 2014 rise still to come.

Chancellor Osborne will be making his next “budget statement” this month. He is likely to announce that, because the cuts medicine hasn’t been working, the solution has to be yet more cuts to pay, jobs,  conditions and public services !

It means more misery for many of the families of the students we teach. It also means more attacks on fellow trade unionists - but also more looking to take action alongside us too!

The worst threat to teachers is  likely to be wrapped up in Michael Gove’s impending response to the ‘Review Body’ report on School Teachers’ Pay and Conditions.

Gove may well seize his chance to let loose a performance pay free-for-all in schools so that headteachers can pick and choose which of their teachers go up the pay scale - whether on the main spine or UPS. Others could have their pay frozen or, for the first time, might even face being pulled down the pay spine.

Ofsted, observations and imposed progress targets are already being used to unfairly trash teachers. Now they want to be able to cut our pay to try to cower staff and divide-and-rule in schools even more than now.

There’s only one response we can make - to stand firm together against the Government bullies! That’s what many school groups have already been doing this term by implementing the ‘Phase One’ guidelines.

Local action has helped win important local victories - but it won’t be enough to stop the national attacks on pensions and pay. For that, we need a programme of national strike action - and soon !


Join the debate next weekend at:

Reports from around the country including from Steve Charles, rep at Stratford Academy.