More teachers speak out on Gove's 'war' on teachers' pay 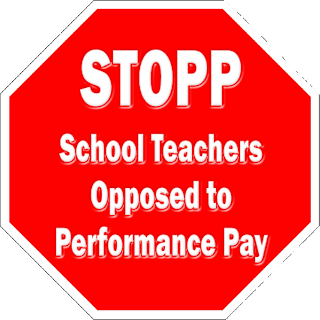 Lewisham NUT reps have continued to send in messages expressing strong support for strike action against Gove's performance pay proposals - and comments that explain why they think these attacks must be firmly opposed:

"If we don't resist these attacks, we can kiss goodbye to any hope of ever improving workload and conditions and, more chillingly, of having a strong fighting workforce as the level of fear and intimidation will rise to unthinkably scarier heights"


"I think we need to show robust opposition to the government's proposals and I think this must take the form of strike action. We need to act urgently and set a date for January 2013. The reason the government feel confident to make these proposals is because we have never set another date for action over the pensions. Unless we stand up to them now they'll win on this too!"

"I think all of us know that the likelihood of pay being apportioned "fairly" (in the eyes of whom?) is not going to happen. Heads will use this as a licence to cut their outgoings and there is going to be plenty of manipulation of data to prove that "your value added is not acceptable".
I have on several occasions seen the management use data to prove that "the progress of 'your' classes is not good enough" and on drilling down into the data seen that the statement has little evidence to support it. That is the kind of picking and choosing that will go on, but this time it will have a direct impact on teacher's livelihoods.
Management by extrinsic motivators is poor management for professionals. The idea that this will retain the best whilst getting rid of the "chaff" (as Thatcher would have it) is nonsense. Anyone who can go and do something else will be inspired to find employment elsewhere, whilst this unhinged government continue to destroy state education. I am not sure that state education will ever recover from the destruction wreaked on it by this government".

"These procedures will increase stress related illnesses/absences and increase the possibilities of capability procedures ... not related to weak or inadequate teachers but more likely affecting conscientious and committed teachers".

"We've just held our Union meeting to canvas opinion on strike action over performance related pay. We have had 19 out of 23 members affirming their support for strike action. However, members would like to be reassured that other unions (namely NASWUT as it has quite a few members here) will be on board with the action, too".

"By all means ask the NASUWT to join us but do not make the decision dependent on waiting for the NASUWT to make a decision. If we show a confident determined lead on going for national strike action, other unions will follow".

"I can't believe that everything we fought for over the years to establish a fair and transparent pay structure - and UPS to keep experienced teachers in the classroom - could just be swept aside by a '5 minute wonder' who is so detached from reality! I believe that education should be removed from politics and managed by a board of educationalists (ex teachers) voted in for a set number of years (maybe 10?) with a guaranteed budget whoever is in power. We have just become a 'football' to be kicked around by whatever 'bully' is in charge. Teachers will leave in droves!!"

"Outraged by the proposals. No pay rise for 4 years and now this, while cost of living has moved relentlessly up. Teachers work in a co-operative endeavour with colleagues, students and homes. A climate of competition, secrecy and suspicion is no way to provide students with good role models or an effective education. I feel at times as if I am living in Russia or East Germany, not a modern open society".

"This is bullying tactics. I cannot think of any other profession which treats their most experienced staff in this disdainful and egregious manner. Teachers will become even more demoralised. Under the new proposals, good teachers will leave and only the most desperate and mediocre remain".