The 3 attacks that teachers have to strike to oppose 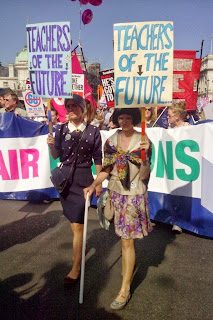 Can you imagine teaching at 67 or 68? That’s what the Government is telling most teachers that they will have to do in order to draw the full pension that they have paid in for.

We’re already having to pay more for a worse deal but the worst robbery will come when we near retirement. Already, many teachers decide that they’re too exhausted to work on until the present retirement age of 60 and draw their pension 'early’. However, that comes at a cost. You lose about 4% of your entitlements for each year you retire below your ‘Normal Pension Age’. The calculators on the Teachers' Pensions website show that if a newer teacher with a ‘NPA’ of 65, retires at 55, then you will only receive 61% of what you’ve paid for!

What if your NPA is 68 or more? Even retiring at 60 will rob you of much of your pension. Can we allow this theft?

Don’t forget that the Union has calculated that over the lifetime of the Teachers’ Pension Scheme, teachers have paid £46bn more money into the scheme than has been paid out. Our pensions aren’t ‘unaffordable’, they’re being stolen by Government. 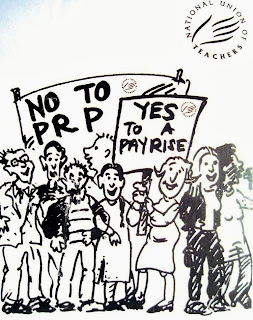 Michael Gove hopes performance pay will bully staff into taking on even more workload. He wants unscrupulous Heads to be able to divide-and-rule in schools through the fear of having your pay-rises blocked at the end of the year.

Even teachers on the main pay spine could have their pay progression blocked next year if they don’t meet appraisal targets. Those decisions could be arbitrary and discriminatory. ‘Success’ depends on so many factors outside a teacher’s control.

Research shows that performance-pay doesn’t ‘improve’ schools. Instead, it undermines teamwork, divides and demoralises staff. We’re going on strike to stop that damage.

ATTACK THREE: NO TO EVEN MORE WORKLOAD ! 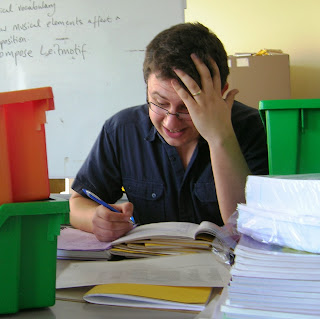 The worst could be yet to come.

Gove has announced that he wants to remove nearly all the legal protections that can limit teacher workload (and our workload’s bad enough already!)

The final decision will be made in the New Year. We need a firm show of strength to make him think again.If Gove thinks he can get away with it, he has proposed that there will be:

Exhausted, bullied staff do not make good teachers. These attacks are bad for teachers and bad for education too.
Posted by Martin at 21:47