A Strategy to Win !

VOTE YES and let's work together to defend teachers and education

Today’s meeting of NUT Divisional Secretaries from across England and Wales was the first chance to discuss and debate the actions teachers need to take over the next few weeks and months to maximise the potential of the joint declaration agreed between the NUT and NASUWT. If used to build firm united action between our two teaching unions, who together represent over 85% of teachers in England and Wales, we can successfully defend teachers and education against the unprecedented range of attacks we face.

The meeting was held to start planning “a strategy to win” – as NUT General Secretary Christine Blower put it – in response to this Government’s attacks on our pay, pensions and conditions of employment. Cameron and Gove are being backed to the hilt by Michael Wilshaw, Head of Ofsted, who incredibly declared in December that “if anyone says to you that ‘staff morale is at an all-time low’, you know that you are doing something right”.

These attacks are designed to demoralise teachers and break our resistance to the Coalition’s plans to privatise schools and to cut the jobs and support that our young people deserve. Just like their attacks on the NHS, we need to reach out to parents and the public to explain why our action is so vital to defend their children’s education as well as teachers’ working conditions.

The NUT’s ballot covering ‘discontinuous’ action to defend our pensions allowed national action on June 30 and November 30 – and remains in place to sanction more strike action. However, the NUT Executive meeting in May voted to postpone that action until after the summer break. An early test of the NUT/NASUWT joint campaign will therefore be to turn the declaration into firm dates for national action – on pensions and wider issues – in the autumn.

The delay has understandably disappointed unions like the PCS, who took action alongside UNITE Health and UCU on May 10 and were hoping to take action alongside the NUT in June. The postponement of further action has also been particularly questioned by some of the London NUT members who took regional strike action in March and were expecting further regional or national action to follow. However, London members should be congratulated for their solid action which was vital to rebuild the momentum of the pensions campaign after the retreat made by unions like ATL and UNISON following November 30. It encouraged other public sector unions to act in May – and also played its part in bringing about the prospect of powerful joint action by the NUT and NASUWT.

I believe that a ‘strategy to win’ on pensions – to prevent the increase in pension ages to 68 or more and to stop further pay cuts – must include an urgent agreement between the NUT and NASUWT, together with other public sector unions, to set a calendar of dates for strike action, starting as soon as possible after the school summer break. The TUC’s national demonstration on October 20 will be an important part in that calendar. It should be used to build for further action, including liaising with private sector unions to see if we can call, in effect, a one-day general strike that could really shake the confidence of this millionaires’ Government to continue with their cuts and austerity agenda.

This term, the NUT and NASUWT are also calling joint local demos on July 14 in both Cameron and Clegg’s constituencies in Sheffield and Oxfordshire and other local lobbies and activities are also being planned – following the example of the London NUT Lobby of the DFE on May 10.

Extending our action beyond pensions

But, given all the attacks we face, we need to be legally free to take industrial action about other issues besides pensions as well. That’s why, from June 25, the NUT will also be balloting its members across all maintained schools and Academies to seek the legal sanction we need from a “YES” vote to extend our campaign to other key issues as well, such as:
·       On appraisal, the Government wants schools to implement a ‘bullies charter’ which will link appraisal directly to ‘capability’ procedures - with the threat of fast-track sackings.
·       On classroom observations, too many teachers are being bullied and demoralised by excessive and unsupportive management observations linked to harsh Ofsted criteria.
·       On workload, the continued stress and long hours are becoming totally intolerable, damaging teachers’ health and driving  staff out of the profession.
·       On jobs, teachers are threatened by funding cuts and curriculum reforms.
·       On pay, we face a continuing pay freeze, the threat of local pay and now new criteria designed to make it even harder to progress up both the main and upper pay spines.
·       On national conditions, even the limited rights in the current Pay and Conditions Document are threatened, especially in schools that are turned into Academies.

Immediately, we face an urgent battle to stop schools implementing the Government’s harsh model appraisal and capability policy. The NAHT, ATL and NUT have now agreed an alternative model policy for schools to adopt. Teachers also need to campaign for the Union’s model observation protocol to be adopted as well – which sets down that learning walks and ‘drop-ins’ will never be used for evaluations of individual teachers and that there will be a maximum of three observations of any teacher during an academic year.

Again, ‘a strategy to win’ must mean NUT members – backed by the new ballot – taking strike action across schools, or across Local Authorities, where needed to win the implementation of policies acceptable to the Union. The NASUWT need to be  working with the NUT to achieve this aim as well, using their own existing ballot to take joint action. 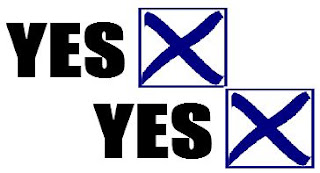 To  make clear to the Government that we mean business, the NUT ballot needs to be won with a huge YES vote and the biggest turnout possible. From today, every NUT Association will be making plans to contact reps, to visit schools, to hold their pre-ballot briefings, to reach out to every member – and to keep chasing until the end of term to get those votes returned. The ballot will contain two simple questions – one to support strike action and another to support ‘non-strike’ action. NUT members should vote YES to both questions!

The NUT and NASUWT have made clear to the Government that we are willing to talk – but if the Government refuses to budge, then our action will start promptly in September.

Strengthen the campaign with clear and effective 'non-strike' sanctions

Strike action is the clearest and most obvious action that we can take, hopefully co-ordinated with the NASUWT and other unions taking action over pensions and attacks on their own jobs and conditions. But ‘non-strike’ action can also be an immediate and ongoing part of the campaign – especially ‘work-to-rule’ sanctions that will give teachers the power to collectively refuse unacceptable demands and put their own limits on our currently unacceptable workload.

A discussion about the exact nature of those ‘non-strike’ sanctions began today – and needs to be taken into schools and Association meetings to debate further. Those ‘non-strike’ actions need to be clear and effective so that as many teachers and school groups as possible will feel confident to follow them, emboldened by the national joint campaign.

National Officers will be collating feedback from today’s workshops but popular sanctions that emerged from the discussions that I was involved in included:
·       Refusing to hand in plans to management – planning should be to help teachers teach, not a monitoring tool for management.
·       Refusing to attend more than one 60 minute meeting a week – with staff leaving together once a meeting exceeds this time limit.
·       Leaving the site shortly after the end of the school day – again, with staff leaving together as a collective act.
·       Refusing to work more than an overall thirty-five hours a week – working to the Union’s model contract and working-time policy.
·       Refusing to accept observations or drop-ins that do not adhere to the union’s observation protocol – perhaps telling pupils just to read in silence till the observer leaves. This could, as is being done by UTU and INTO in Northern Ireland, even be extended to Ofsted inspections.
Some of these sanctions are clearly easier to implement than others, and that’s why an urgent discussion of the right ‘strategy to win’ must be conducted throughout the union during the ballot period. Some of these sanctions are also already listed in the NASUWT’s existing ‘Action Short of Strike Action’ instructions to members. With the NUT also taking non-strike action, we hope that more NASUWT members will feel confident to firmly implement their union’s guidance. Of course, strike action is still the clearest sanction.

I think that one lesson of the NASUWT’s rather muted campaign so far is that ‘action-short-of-strike-action’ sanctions need to be focussed and publicised so that every teacher knows that colleagues in schools around the country are implementing the same action. A campaign will need to be waged to make sure that it isn’t just a minority of well-organised schools that take non-strike action, but that a large and growing majority of members feel confident to take part.

One idea suggested was that one major sanction should be introduced each month, eventually extending to full implementation of the full range of non-strike actions, like those listed above. Of course, if management start to try and break non-strike action through disciplinary threats or salary deductions, then strike action will certainly be required.

Take part in the debate - but get out the YES vote !

Today’s discussions were a significant step forward in developing and implementing the ‘strategy to win’. NUT and NASUWT members need to take a full part in those discussions and keep up the pressure on their Unions to implement a bold joint action strategy.

The National Shop Stewards Conference in London on June 9 and the Local Associations National Action Conference in Liverpool on June 16 are both important opportunities to continue that discussion and make sure we continue to co-ordinate action strategies with other public and private sector unions as well.

The immediate task for NUT reps, officers and members is to win the new action ballot. Next week will be a time for a well-earned half-term break for most teachers. But it will also be a useful time to prepare the mailings and school visits so that we return after the break ready to make sure that (1) every NUT member knows that the ballot is on its way and that (2) every NUT member is ready to vote YES to both ballot questions !